The film “Dr. Strangelove”, or its full title: “Dr. Strangelove or: How I Learned to Stop Worrying and Love The Bomb”, is undoubtedly one of my favorite films of all time. Released in 1964 and directed by the great Stanley Kubrick, “Strangelove” is one of those modern marvel  that is still completely relevant some 52 years later. 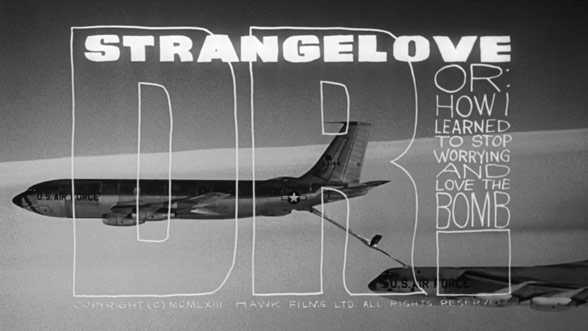 One of the film’s strongest qualities is the inability to classify itself as one single genre. There’s an abundance of themes wrapped together throughout the film. It has elements of a comedy, a war drama, a political drama/comedy, full-on satire, multiple character pieces, a Cold War film, dark comedy mixed with slapstick, pieces of American propaganda, and arguably exploitative.

It’s very hard to nail down the ambiguity of all the messages being presented in the film. However, if there’s anyone who is known for their ambiguity, it would be Stanley Kubrick.

The basic plot of the film revolves around the insane General Jack D. Ripper, who launches a nuclear assault on Russia behind the back of the U.S. government, while a large collection of U.S. generals and politicians try to find some way to prevent the strike from happening.

The plot sounds extremely serious, and while the themes of the film are in fact deadly serious, the end result is a ludicrous amalgamation of numerous comedic stylings.

Each actor brings something bold and different to their role, mostly from a comedic standpoint. The biggest standout being the wonderfully talented Peter Sellers, who plays three distinctly different characters in the film (for which Sellers was nominated for a Best Actor Oscar). 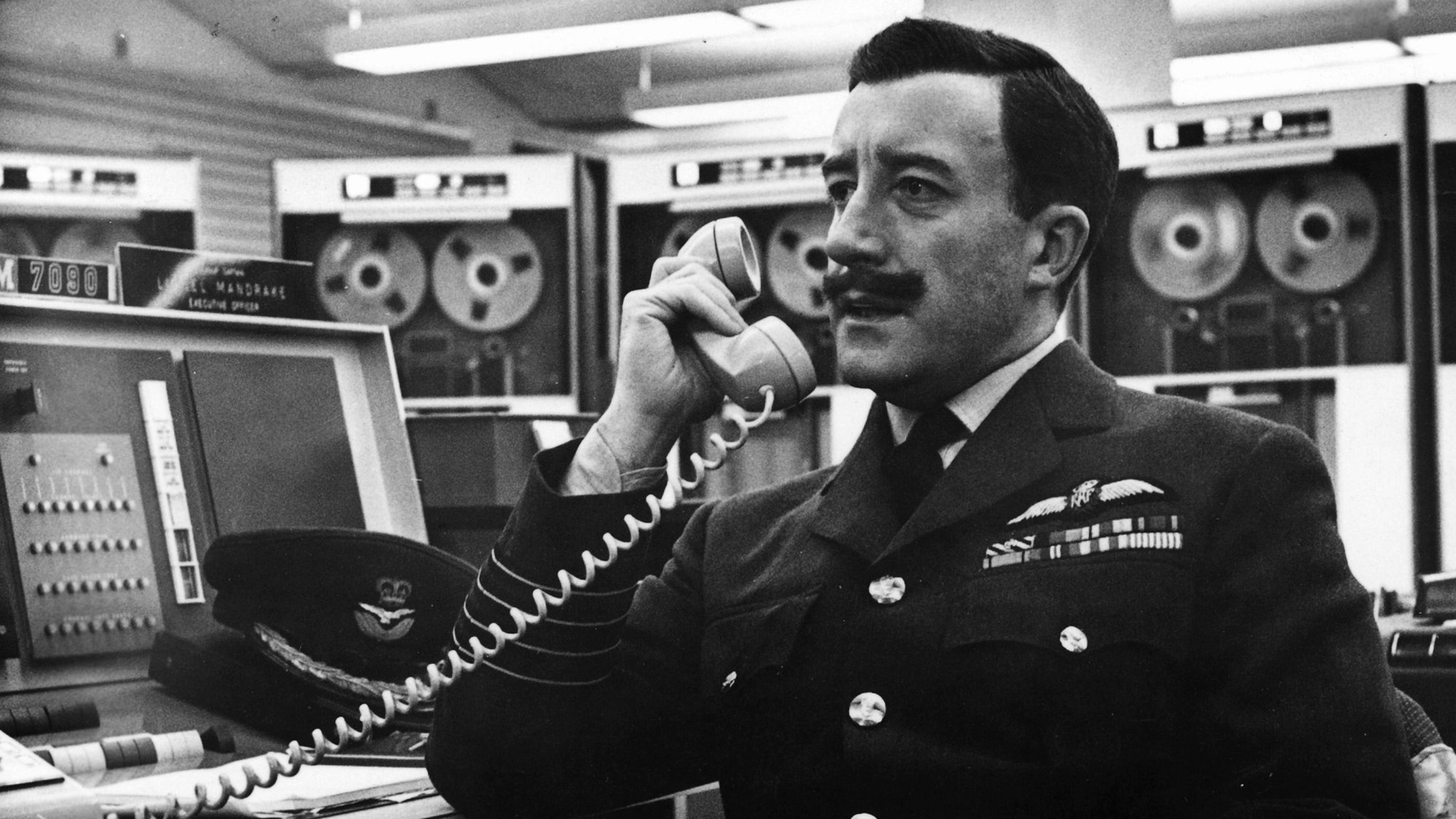 The three characters Sellers played were Group Captain Lionel Mandrake (an executive officer who is held captive by Ripper), President Muffley (an austere and balding U.S. president that is played straight and serious), and the title character, Dr. Strangelove (a former Nazi scientist who resides in the war room and is an expert on nuclear weapons). That’s right kids, way before Eddie Murphy or Mike Myers were playing multiple comedic characters in a film, Peter Sellers perfected it.

Mandrake is classic Sellers, the British officer who is savvy and intelligent while at the same time slightly naive and cowardly. President Muffley has a very straight-forward personality complete with a nasally delivery. He clearly means well and takes his job as president very seriously, even if he has to play nice with a drunk Russian president on the phone.

(Fun Fact: Muffley was originally going to be suffering from a cold throughout the film, however, those scenes/takes were removed from the final cut, even though occasionally you can see Muffley playing with his handkerchief at certain points in the film).

Strangelove is the wackiest of the three as he is played as a stereotypical German mad-scientist who is in wheelchair-bound, has insane proclamations, exhumes peculiar sexual undertones, and has a gloved hand with a mind of it’s own.

(Fun Fact: Peter Sellers was originally contracted to play four roles in the film, the fourth being Major Kong, the Texan bomber pilot with a thick Southern drawl. Sellers ended up unable to play the role due to an “injured ankle” which prohibited him from moving around the B-52 bomber set. The old standing rumor is that Sellers had trouble perfecting the Southern accent for the role and faked the injury to get out of playing it. My personal belief is, and research shows, that he felt underpaid for the amount of work he was putting into the film, and then he faked his injury.)

Among the other great comedic performances were that of George C. Scott as General Buck Turgidson, the zainy, chauvinist, overprotective, and arguably childlike general stationed in the War Room. Turgidson mainly provides President Muffley with intel throughout the film while cautiously watching the Russian Ambassador, who is also in the War Room to assist with the issue. Scott’s character is just as over-the-top as Strangelove, some may argue even more so.

(Fun Fact: Stanley Kubrick actually fooled actor George C. Scott, who was known as a very serious dramatic actor, into giving his outlandish performance by filming his scenes as “practice takes” and encouraging Scott to go over-the-top. Scott, thinking these takes would never make the film, performed these wild “practice takes” before ultimately doing the serious takes afterwards. Kubrick ended up using all the over-the-top takes from Scott for the final film. Scott afterwards was on record as being furious and completely disowned the film and his performance in it.)

The third standout performance in the film is General Jack D. Ripper, played by Sterling Hayden (who had previous worked with Kubrick in 1956’s “The Killing”). General Ripper is hard-nosed, authoritative, and legitimately insane. What makes the character work is that Hayden plays him completely straight. 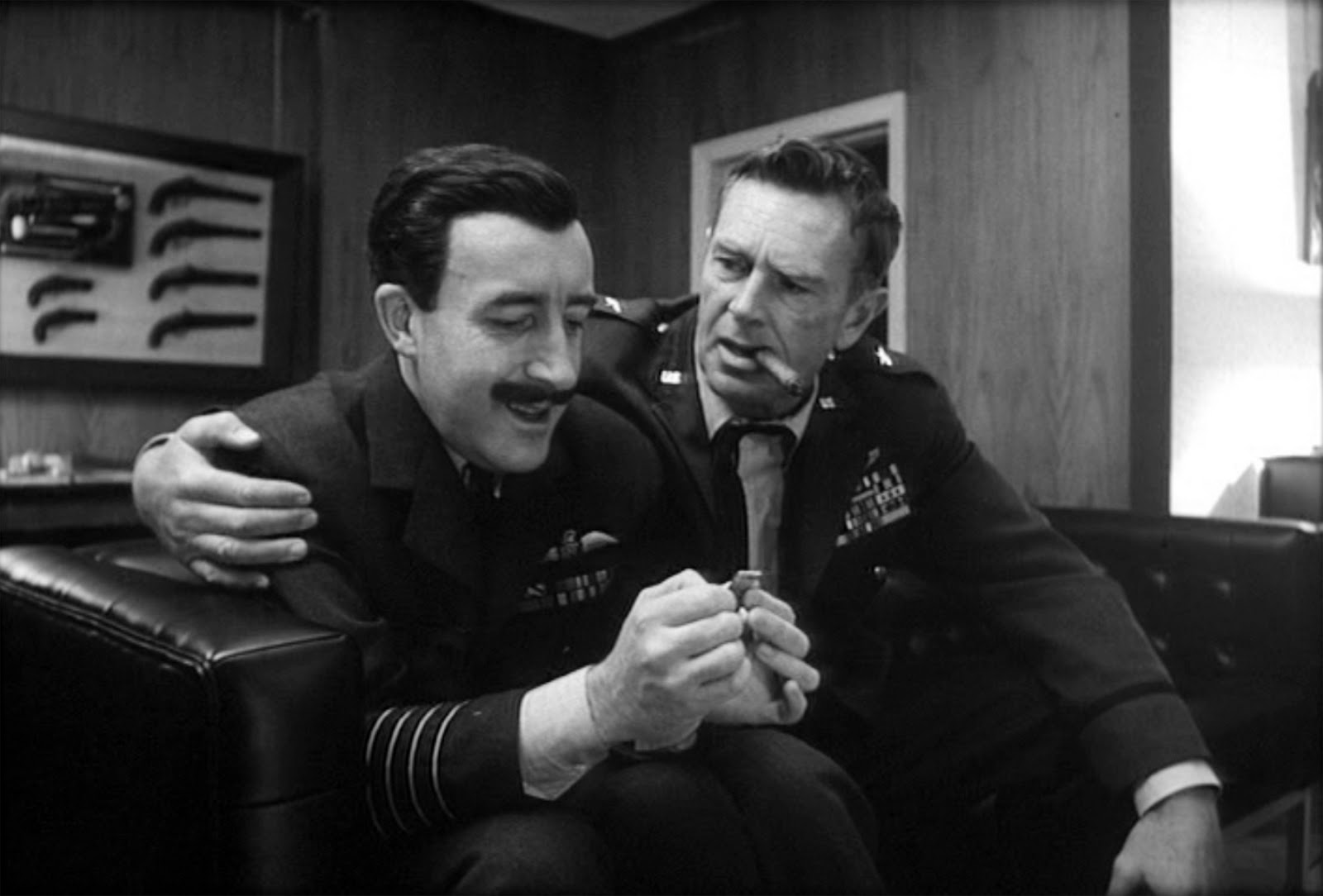 The words coming out of Ripper’s mouth are bizarre and deranged, however, he delivers the lines in a believable and realistic way. It also works perfectly while acting next to the comedic Peter Sellers. It’s plausible that Ripper would have deep-rooted Communist conspiracy thoughts and will do all in his power to stop them. Ripper’s monologue on fluoridation is worth the price of admission alone.

The film also includes other smaller entertaining roles like Miss Scott (Turgidson’s secretary and mistress), the Russian Ambassador in the War Room (who Turgidson believes is going to steal the U.S.’s secrets), and Col. Guano (a dimwitted and inane soldier who meets Mandrake at the end).

The success of “Dr. Strangelove” falls mostly on the brilliant comedic performances by the actors while also giving a realistic view into Cold War paranoia and uneasiness. A big part of the film is the idea of a Doomsday Machine, which would send the world in a nuclear holocaust of epic proportions. It plays into the fear of at any second, a nation with nuclear capabilities could launch a strike on another country. The film was based on Peter George’s novel “Red Alert”, which was a serious take on the idea of nuclear war. The original concept of the film was to be a serious war drama based on the novel itself. However, during the screenwriting process, Kubrick decided to go more comedic and create a satire as he felt the story was inherently amusing.

There are no mentions or even hints to the Dr. Strangelove character in the book as it was created solely for the film. In fact, the film and the book are incredibly different. The only real ties to the novel are the themes presented within the film, such as the B-52 crew carrying out their mission, and the War Room.

The large room itself was a visualization of military power and resembled a large concrete bomb shelter. Even though the film is in black and white, Kubrick demanded the large circular table in the War Room be colored green as a way to resemble a giant poker game being played by all the politicians and generals to decide the fate of the world.

Being the perfectionist that he was, Kubrick wanted to make sure all the sets looked as real as possible. Unfortunately, the production was denied access by the military, so instead Kubrick and his team did extensive research into making the sets. They were so accurate with their depictions of the B-52s that the FBI almost investigated the production team to find out how they so accurately designed the bomber jets.

(Fun Fact: The book “Red Alert” spawned the release of another novel immensely similar called “Fail-Safe”, in which George sued the authors for plagiarism before settling out of court. The film version of “Fail-Safe”, directed by Sidney Lumet, was scheduled to also be released in early 1964, the same year and time as “Strangelove”. Another lawsuit was filed with the result of the “Fail-Safe” movie being forced to be pushed back to October to not compete with the January release of “Strangelove”. Both films were produced and released by Columbia Pictures and only one was a good film.)

The ending of the film resonates as the perfect mixture of oddity, symbolism, and unknowingness. After a long explanation of future plans for the human race, Dr. Strangelove inexplicably stands from his wheelchair and proclaims, “Mein Fuhrer, I can walk!” This leads into a montage of nuclear explosions while the Vera Lynn song “We’ll Meet Again” plays in the background. The ending is somewhat hopeful, yet terrifying at the same time.

Then again, as wacky as the end of the film is, it does begin with airplanes basically having sex during the opening credits. I dare anyone to find another movie that opens with full on aeronautical penetration.

One common misconception about the film is that the title character, Dr. Strangelove, is the main character of the film. In actuality, Strangelove himself has many at most eight minutes of screen time in the whole film.

“Dr. Strangelove” might be my favorite of Stanley Kubrick’s filmography, which is kind of like selecting a favorite child. It’s extremely difficult to pick out one Kubrick film that supersedes the rest. And yes, that includes “Eyes Wide Shut”.

Last time I took count, I believe I’ve purchased the film on either DVD or Blu-Ray at least five times to date. It hasn’t had the re-release history of say an “Evil Dead” film, but it’s seen many new editions (most recently from Criterion). I currently still own three copies of “Strangelove”.

From the humorous satire, to the brilliant acting, to the timely themes, “Dr. Strangelove” should be regarded as one of the best films, not just from the 60s, but of all time.