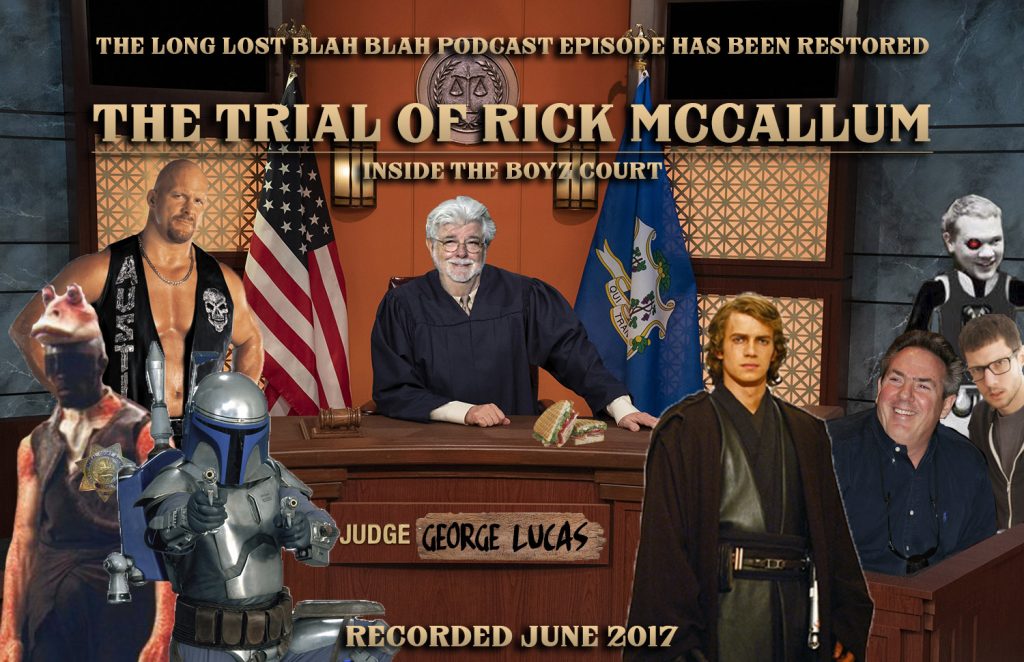 After years of technical failures and setbacks, this lost episode has finally been completed! Originally recorded back in June of 2017, this features the debut of The Boyz Court lead by Judge George Lucas as his Boyz hold a trial against their concierge, Star Wars producer Rick McCallum.